From indies to big studio film releases including SHAFT, WHAT MEN WANT and Jordan Peele's US, here are the dramas, comedies, biopics and more coming to theaters in 2019.

Written and Directed by Rashid Jones

Synopsis: Bigger “Big” Thomas, a young African American man, lives with his mother and siblings in Chicago. Half-heartedly involved with a girlfriend, he sports green hair and a punk jacket, smokes weed, and carries a pistol—but rebuffs his buddy’s “easy-money” scheme to knock off a corner store. Full of self-determination, Big accepts a job as the chauffeur for wealthy businessman Will Dalton’s family. Moving into their mansion, he begins driving Dalton’s vehemently progressive daughter, Mary. But his involvement in an accidental death places Big on a collision course with the powerful social forces pitted against him.

A thoroughly contemporary reworking of Richard Wright’s 1940 novel, Native Son asserts the story’s persistent relevance by bringing its interrogation of fear, violence, race, and circumstance into a critical modern context.

Written and Directed by Shola Amoo

Synopsis: Femi, a British boy of Nigerian heritage, enjoys a happy childhood in Lincolnshire, where he is raised by doting foster-mother Mary and surrounded by a tight-knit group of friends—until his real mom reclaims him and deposits him into a much different life in her small inner-London flat. With little emotional bond to his mother and no remembrance of their cultural heritage, Femi struggles to adapt. As he acclimates to his new environment, Femi hardens himself, pulling away from the wishes of both of his “mothers” and forging ahead in a brazen attempt to build his own identity.

4. THE BOY WHO HARNESSED THE WIND

Written and Directed by Chiwetel Ejiofor, based on the book by William Kamkwamba and Bryan Mealer

Synopsis: Young William Kamkwamba lives with his family in rural Malawi, where he attends school regularly and shows great aptitude for his studies. Yet after land development and poor weather lead to a meager harvest, famine strikes the village, alarming the community and forcing William to drop out of school when his father (Chiwetel Ejiofor) can no longer afford the fees. Determined to find a way out of the life-threatening situation his family is facing, William sneaks into the school library to research—and soon conspires to build a windmill pump to irrigate the land. Caught between his father’s close-minded skepticism and the difficulty of creating a machine out of bicycle parts and scrap materials, William races against the clock to fight for his community’s survival.

Synopsis: Jimmie Fails has one hope in life: to reclaim the majestic Victorian house his grandfather built. Every week, Jimmie and his only friend, Montgomery, make a pilgrimage across San Francisco to Jimmie’s dream home and imagine what life would be like if this neighborhood had never changed. When they realize the house’s current owners have moved out, Jimmie decides to recreate the home his family once had. As he struggles to reconnect with his family and reconstruct the community he longs for, Jimmie’s domestic aspirations blind him to reality.

Synopsis: Ayanna is making the most out of her last summer in Harlem before heading to college. She’s bold, confident, and not really looking for love—until she meets the slightly older Isaiah. After one of those rare first dates that lasts for hours, she knows there’s something different about him. Ayanna has found herself at an intimidating crossroads: one foot is still under her mother’s roof, while the the other is primed to step out on her own with Isaiah.

Written and Directed by Chinonye Chukwu

Synopsis: How do you salvage your marriage when you are struggling to salvage your soul, your sense of self, and your sense of right and wrong? Bernadine Williams (Alfre Woodard) is a prison warden who, over the years, has been drifting away from her husband while dutifully carrying out executions in a maximum security prison. When she strikes up a unique bond with death-row inmate Anthony Woods (Aldis Hodge), a layer of emotional skin is peeled back, forcing Bernadine to confront the complex—and often contradictory—relationship between good intentions, unrequited desires, and what it means to be sanctioned to kill.

Synopsis: It’s been ten years since Amy and Peter Edgar (Naomi Watts and Tim Roth) adopted their son from war-torn Eritrea, and they thought the worst was behind them. Luce Edgar (Kelvin Harrison Jr.) has become an all-star student beloved by his community in Arlington, Virginia. His African American teacher, Harriet Wilson (Octavia Spencer), believes he is a symbol of black excellence that sets a positive example for his peers. But when he is assigned to write an essay in the voice of a historical twentieth-century figure, Luce turns in a paper that makes an alarming statement about political violence. Worried about how this assignment reflects upon her star pupil, Harriet searches his locker and finds something that confirms her worst fears.

9. SELAH AND THE SPADES

Synopsis: In the closed world of an elite Pennsylvania boarding school, the Haldwell, the student body is run by five factions. Seventeen-year-old Selah Summers runs the most dominant group, the Spades, with unshakable poise, as they cater to the most classic of vices and supply students with coveted, illegal alcohol and pills. Tensions between the factions escalate, and when Selah’s best friend/right hand Maxxi becomes distracted by a new love, Selah takes on a protégée, enamored sophomore Paloma, to whom she imparts her wisdom on ruling the school. But with graduation looming and Paloma proving an impressively quick study, Selah’s fears turn sinister as she grapples with losing the control by which she defines herself.

Written and Directed by Jacob Estes

Synopsis: Los Angeles detective Jack Radcliff fields a distressed phone call from his niece Ashley and rushes to the rescue—only to find the girl and her parents dead in an apparent murder-suicide. Then, just as the police department declares the killings an open-and-shut case, Jack gets another call from Ashley. With the cell-phone connection acting as a link between the past and the present, Jack urges Ashley to collect clues that will help him to solve her murder and change her fate. Part supernatural thriller, part time-warped police procedural, Relive is the newest release from Blumhouse Productions, the innovative horror hit makers behind Jordan Peele’s Get Out (2017 Sundance Film Festival).

Synopsis: A woman is boxed out by the male sports agents in her profession, but gains an unexpected edge over them when she develops the ability to hear their thoughts.

Written and Directed by Jordan Peele

Synopsis: A mother and father take their kids to their beach house, expecting to enjoy time with friends, but their serenity turns to tension and chaos when some visitors arrive uninvited.

Synopsis: Civil rights activist Ann Atwater faces off against C.P. Ellis, Exalted Cyclops of the Ku Klux Klan, in 1971 Durham, North Carolina over the issue of school integration. Based on a true story. 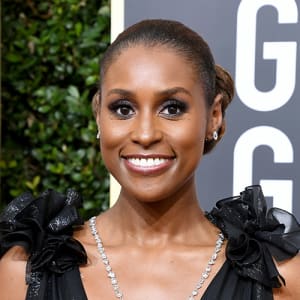 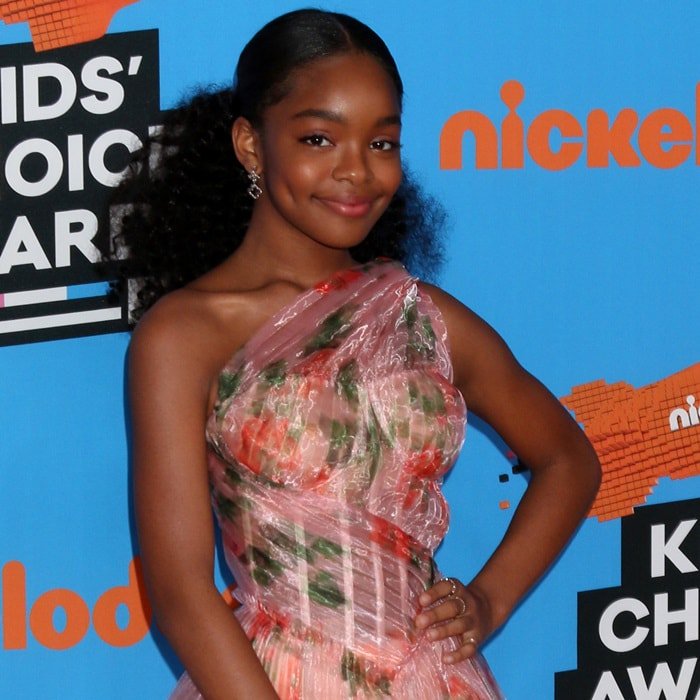 Synopsis: A woman receives the chance to relive the life of her younger self, at a point in her life when the pressures of adulthood become too much for her to bear.

Written by Tracy Oliver based on the novel by Nicola Yoon

Synopsis: A teenager finds love at a difficult time in her family's life.

Synopsis: A psychological thriller about a young married couple who buys a beautiful Napa Valley house on several acres of land only to find that the man they bought it from refuses to let go of the property.

Synopsis: John Shaft Jr., a cyber security expert with a degree from MIT, enlists his father's help to uncover the truth behind his best friend's untimely death.

Synopsis: The Men in Black have always protected the Earth from the scum of the universe. In this new adventure, they tackle their biggest threat to date: a mole in the Men in Black organization.

Synopsis: The wives of New York gangsters in Hell's Kitchen in the 1970s continue to operate their husbands' rackets after they're locked up in prison.

Synopsis: An over-the-hill hitman faces off against a younger clone of himself. 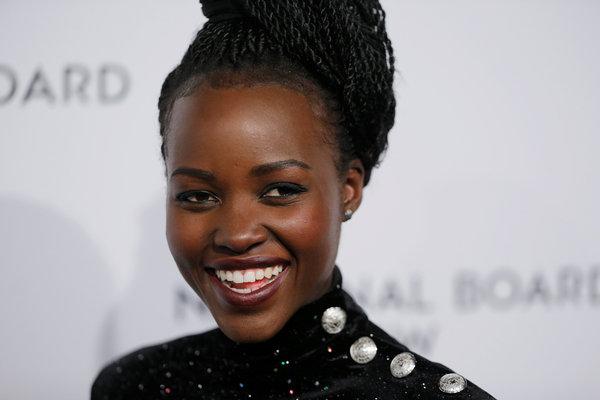 Synopsis: The conclusion of the 'Star Wars' sequel trilogy.

Synopsis: The story follows Tubman on her escape from slavery in 1849 and subsequent missions to free dozens of slaves through the Underground Railroad in the face of growing pre-Civil War adversity. 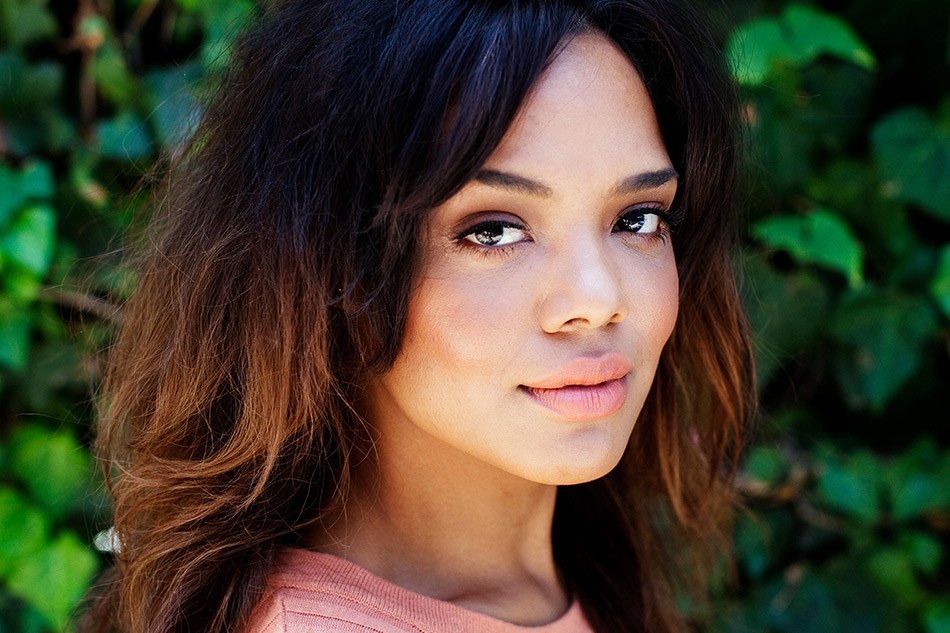 Synopsis: Passing follows the unexpected reunion of two high school friends, whose renewed acquaintance ignites a mutual obsession that threatens both of their carefully constructed realities. Larsen’s story was first published in 1929 by Knopf and her exploration of race was informed by her own mixed racial heritage and the increasingly common practice of racial passing in the 1920s.

Synopsis: The drama is based on the true story of two African American entrepreneurs, Bernard Garrett (Mackie) and Joe Morris (Jackson), who during the 1950’s tried to circumvent the racial limitations of the era and take on the establishment by recruiting a working class white man, Matt Steiner (Hoult) and training him to pose as the head of their business empire while they posed as a janitor and a chauffeur. Bernard’s wife Eunice (Nia Long), plays a key role in setting up the enterprise. Garrett and Morris become two of the wealthiest and most successful real estate owners in the country with Steiner as their front man, but their success brings about unforeseen risk of exposure that threatens everything.

HBO SERIES 'INSECURE' TO BEGIN PRODUCTION IN THE FALL